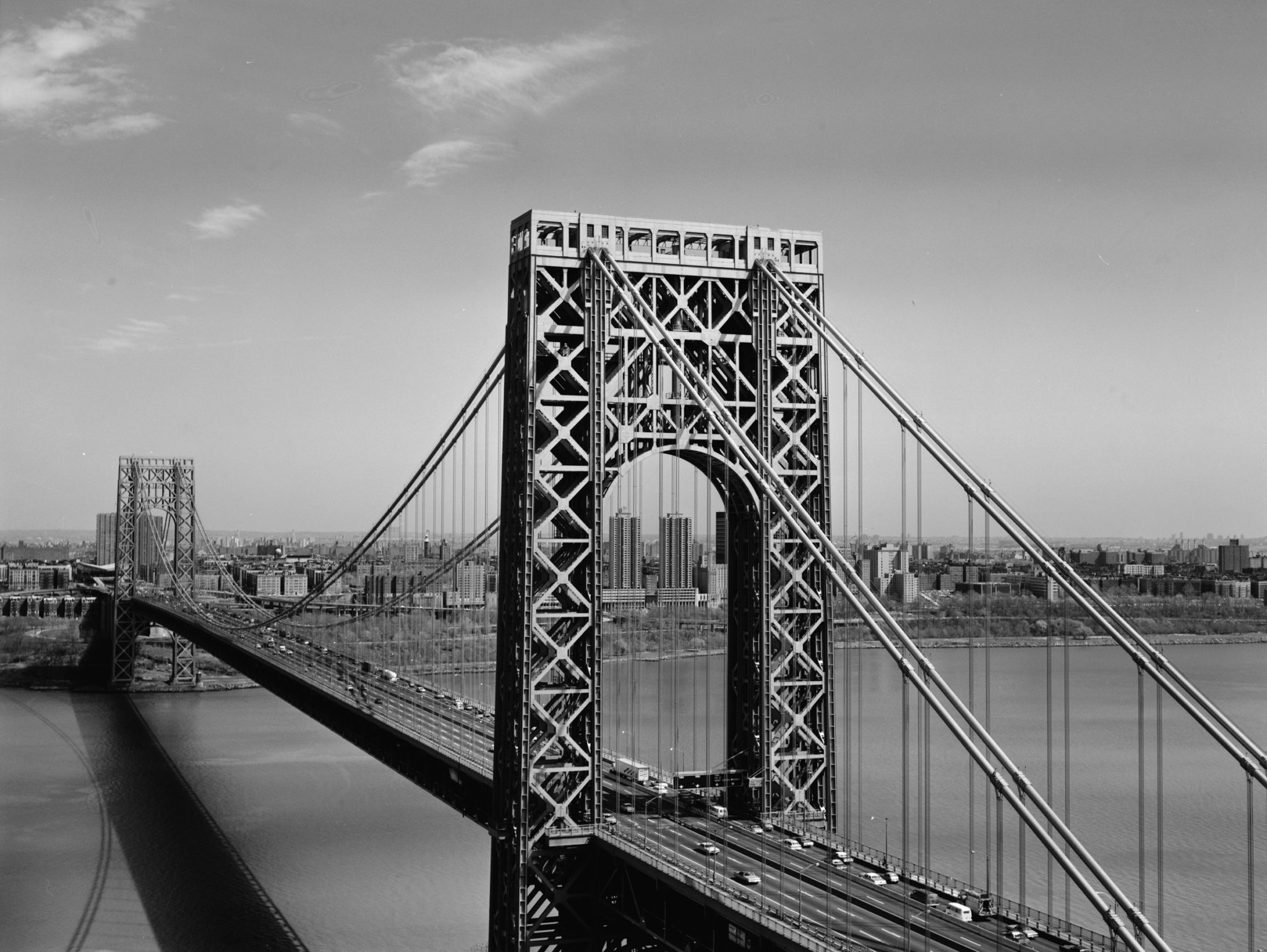 The Freddy Grimm Suspension Bridge is a reproduction of the George Washington Bridge in the United States. The real life construction is a road bridge. crossing the Hudson River between New York City and Fort Lee. and is considered one of the most frequently used bridges in the world This bridge is the fourth largest suspension bridge in the United States. The George Washington Bridge is two-tiered: the upper raod deck has four two-way lanes, and the lower deck has three two-way lanes, bringing the number of lanes to fourteen. The bridge also has two paths on each side, reserved for pedestrians. The speed on the bridge is limited to 45 mph,or 70 km/h even so the heavy traffic on the bridge rarely allows to reach such a speed. 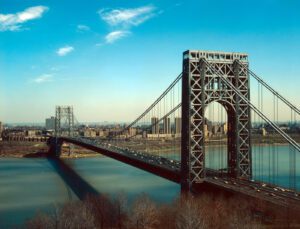 Construction of the bridge began in 1927, based on a project by the Port Authority of New York. The Swiss engineer Othmar Ammann directed the construction. The bridge was inaugurated on October 24, 1931, and was opened to traffic the next day. It was originally called the Hudson River Bridge, before being named in honor of George Washington, the first president of the United States.